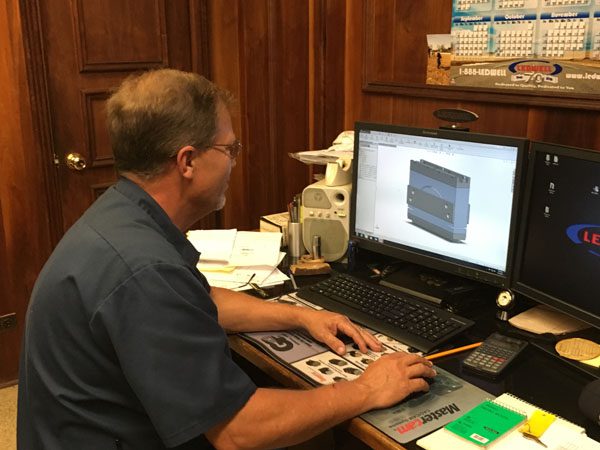 Ledwell’s Machine Shop foreman, Ken Coltharp, began his career in 1995. Ken’s main projects include supplying all shops with parts needed for new builds, as well as, for repairs and for purchase at our Parts Department. Ken has spent the majority of his years in the Machine Shop but for about three years he worked in the Engineering Department. Ken worked on designing
parts and assemblies. Those designs were then used in the Machine Shop to cut parts out of raw material.

“I worked at several places before moving to Texas – none were as good to their people or customers as the Ledwells are.”

“My favorite part about the Machine Shop is seeing parts I helped design go through the process of being cut and assembled, then put to use as customers need them,” Ken said. He worked on so many special projects for Mr. Ledwell over the years that it was hard to pick just one as a favorite.

Ken has been married to Lori for 32 years. They have one son, Jesse and two grandsons who are seven and three. During his free time, Ken enjoys playing music with friends and working on his 1962 Chevrolet Nova.